In the university’s nearly 300 year history, Princeton has seen its campus grow dramatically from the individual Nassau Hall that once contained everything except the bathrooms to hundreds of acres from Nassau Street to across Carnegie Lake. Every step in this expansion from colonial college to modern research university has shaped life on campus, and in turn, campus life has been embedded into the physical campus itself. This can readily be seen in some of the maps created of the campus throughout the 20th century.

The Stories A Map Holds

In the age of Google Maps and other similar products, maps can be seen simply as tools to help us get through the day. Guiding us from one place to another, informing us of the traffic on various roads, displaying as much information as possible about every business along a street — these are just a handful of the ways a map functions primarily as a tool today. These types of maps traffic strictly in accurate representation and factual information; even the subway maps that are often highly designed in posters and pamphlets are returned to geographical truth.

However, this version of a map diminishes another of their functions: storyteller. While the maps found in phone apps today may be constrained by some representational duty, previous maps have relished in providing snippets of life in the places they illustrate — even if at the cost of greater detail in street layouts or building perimeters. The Princeton campus lends itself well to these storytelling maps with its many years as witness to student life and life outside the Orange Bubble.

Each of these maps open a window onto rich histories embedded into various places across the campus. From a cartoon depicting the old tradition of the Cane Spree and the no-longer common “Old North” nickname for Nassau Hall found in the 1932 map to the ‘Prince’ being located near Blair Arch and today’s Rocky-Mathey Dining Hall being labeled the Commons in the 1948 map, these storytelling maps hold a trove of what life at the university was like in previous iterations of the campus in a way that the map Google creates simply cannot.

Of course, these maps are not historical narratives but instead only hint at the stories to be told. Thus, the project at hand would be to further research these hints at past campus life and pin the findings onto the existing maps referenced above. Essentially, this would add another layer to the existing maps filled with interactive content inspired by the maps themselves.

It could be a blog post about the various nicknames for Nassau Hall over the years that gets pinned to the “Old North” nickname in the 1932 map. Or it could be a history of Madison Hall with its evolving dining halls and other, previous constructions at the site that gets pinned to the Commons in the 1948 map. It could also be short biographies focused on the writers’s time at the University that could get pinned to each name on the 1994 map.

This presentation of University history digitally annotated onto the map images would further enrich these historical maps already quite rich with stories. It’s a project that would require building an interactive map in which to embed lots of other content in various forms — which seems like a fairly difficult task.

And while such an endeavor would require a large amount of historical research, it could also help better our understanding of what a university campus was, is and can be — especially at a time when campus life has been radically upended in the past year.

Below are some details from the 1932 and 1948 maps that were referenced above. 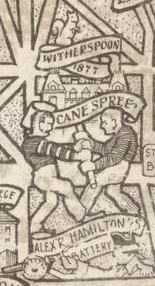 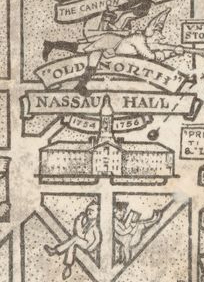 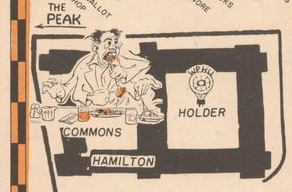 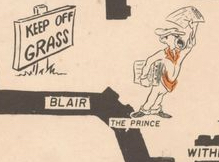